The people's art project. About Highlights Other Actions
Contact us | About | Legal 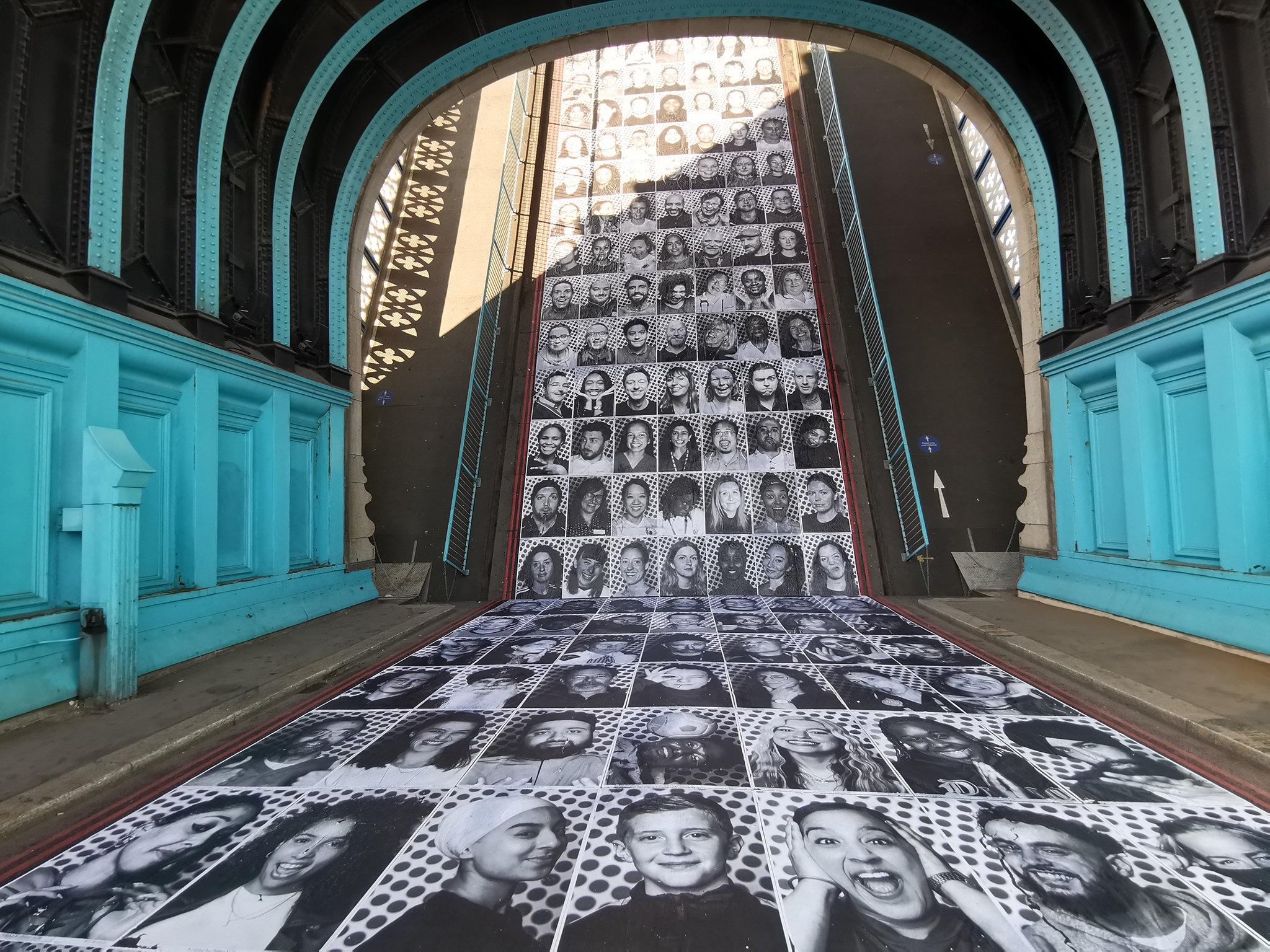 This is a very special Inside Out action meant to celebrate the EURO 2020 tournament.
Collecting and displaying thousands of portraits of Londoners, the project captures the story of London and the people that make up the city.

Inside Out has turned London into a massive outdoor art gallery - taking and printing portraits in our mobile photobooth van and pasting them in public spaces across the city - a chance to celebrate Londoners and all those who have made a difference to their communities over the past year.

Travelling across London, Inside Out London kicked off with a one-day takeover of Tower Bridge on 13 June, featuring 1200 portraits including keyworkers, volunteers, community champions, school children and staff, grassroots footballers and members of the England teams. These portraits were taken in advance, with more than fifteen photoshoots in April and May 2021 within hospitals, schools, community centres and football pitches.
On the day itself, we also took portraits of people local to the area and passers-by, to create a mass collage of faces on this iconic London site that included a bridge lift and allowed the public to walk on the artwork during this unusual road closure as the sun set over the city.

"This is art at its best, accessible and celebratory"
Father of school child from Tower Hamlets whose portrait was pasted on Tower Bridge

Since then, Inside Out London has travelled to:

If you have any access questions about this project, please email insideout@london.gov.uk

Scroll down to see the portraits taken in the photo locations above.

To see all the portraits taken in advance of the Tower Bridge takeover, please visit the project's page on our main website. 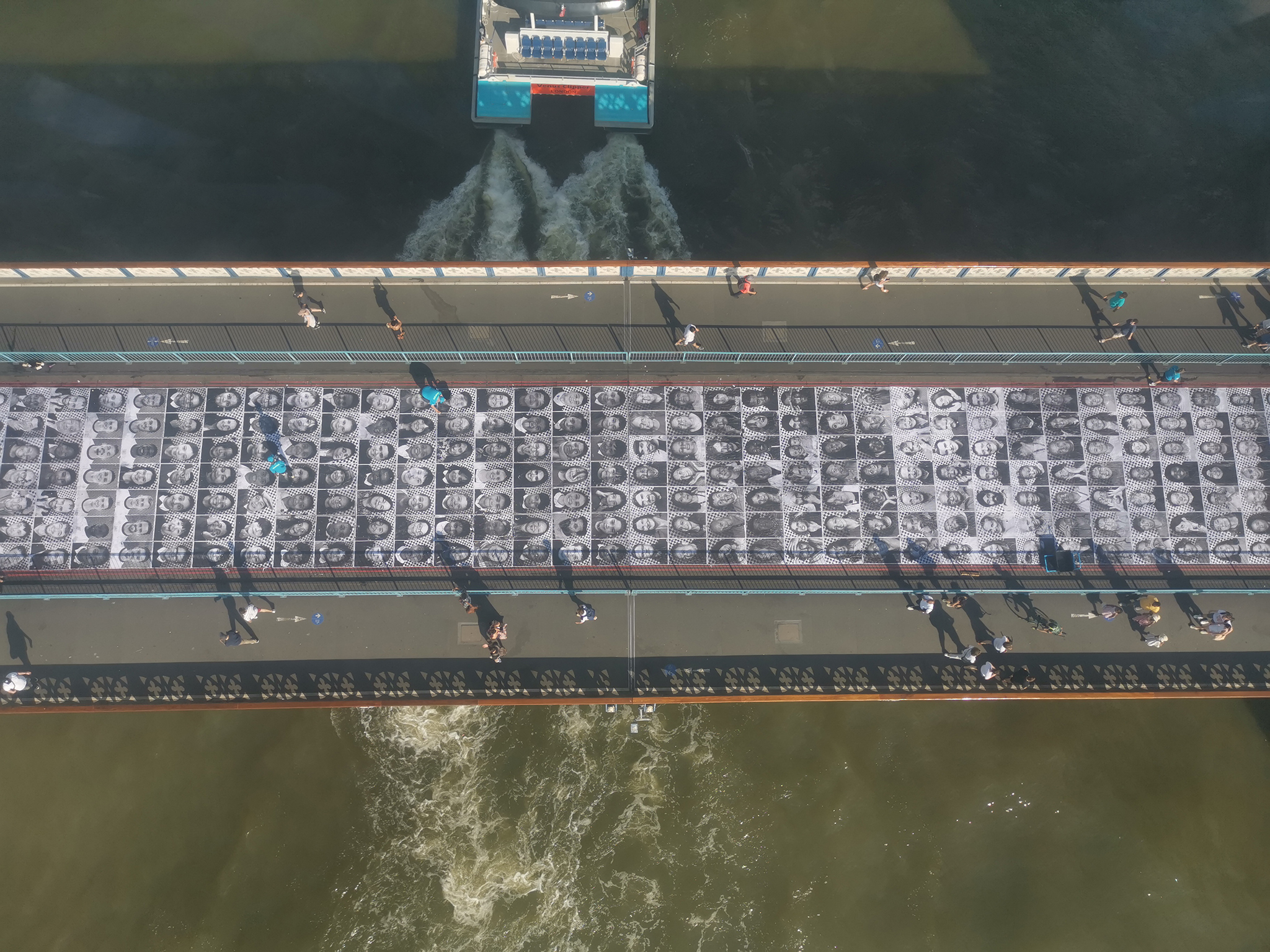 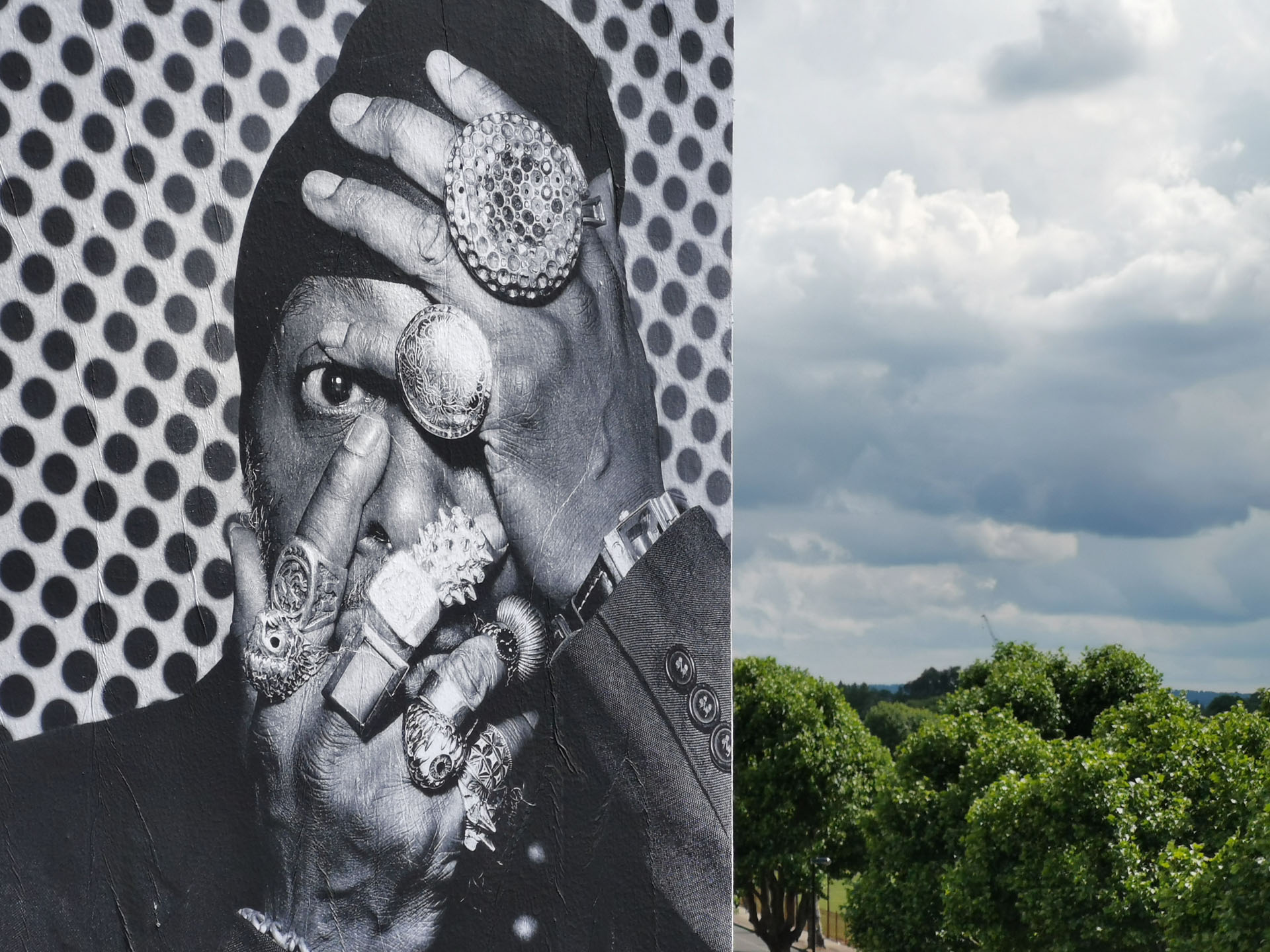 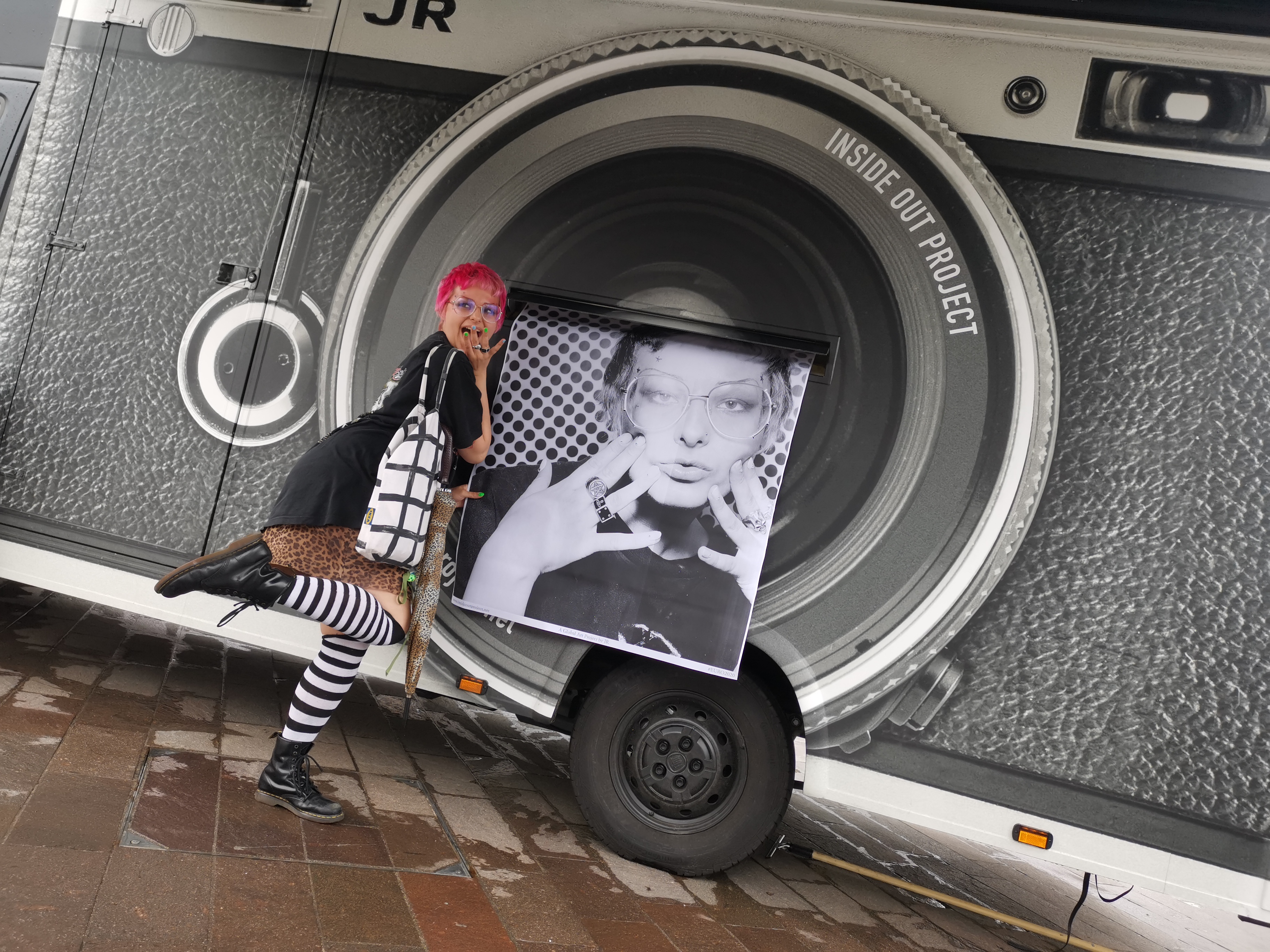 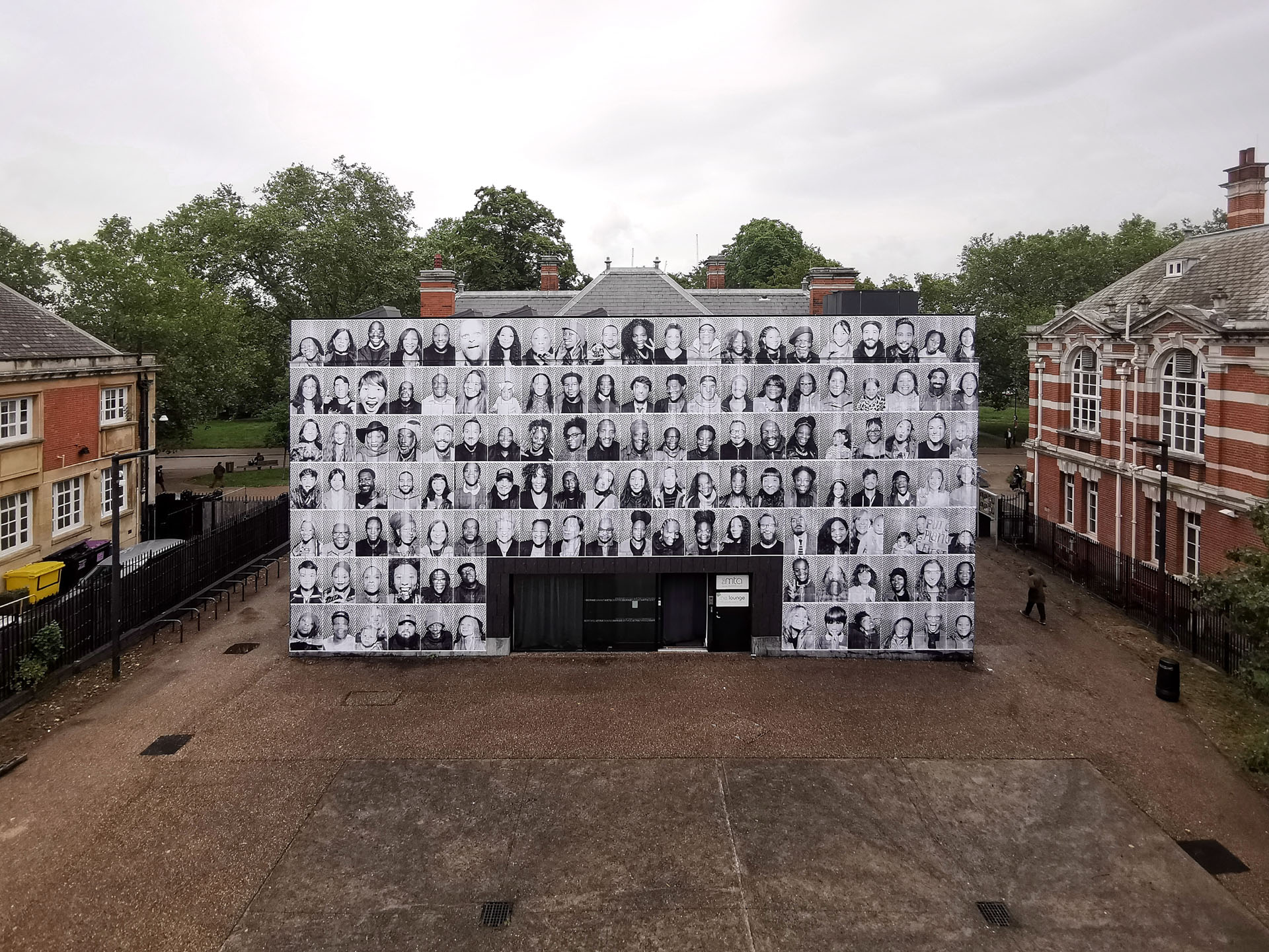 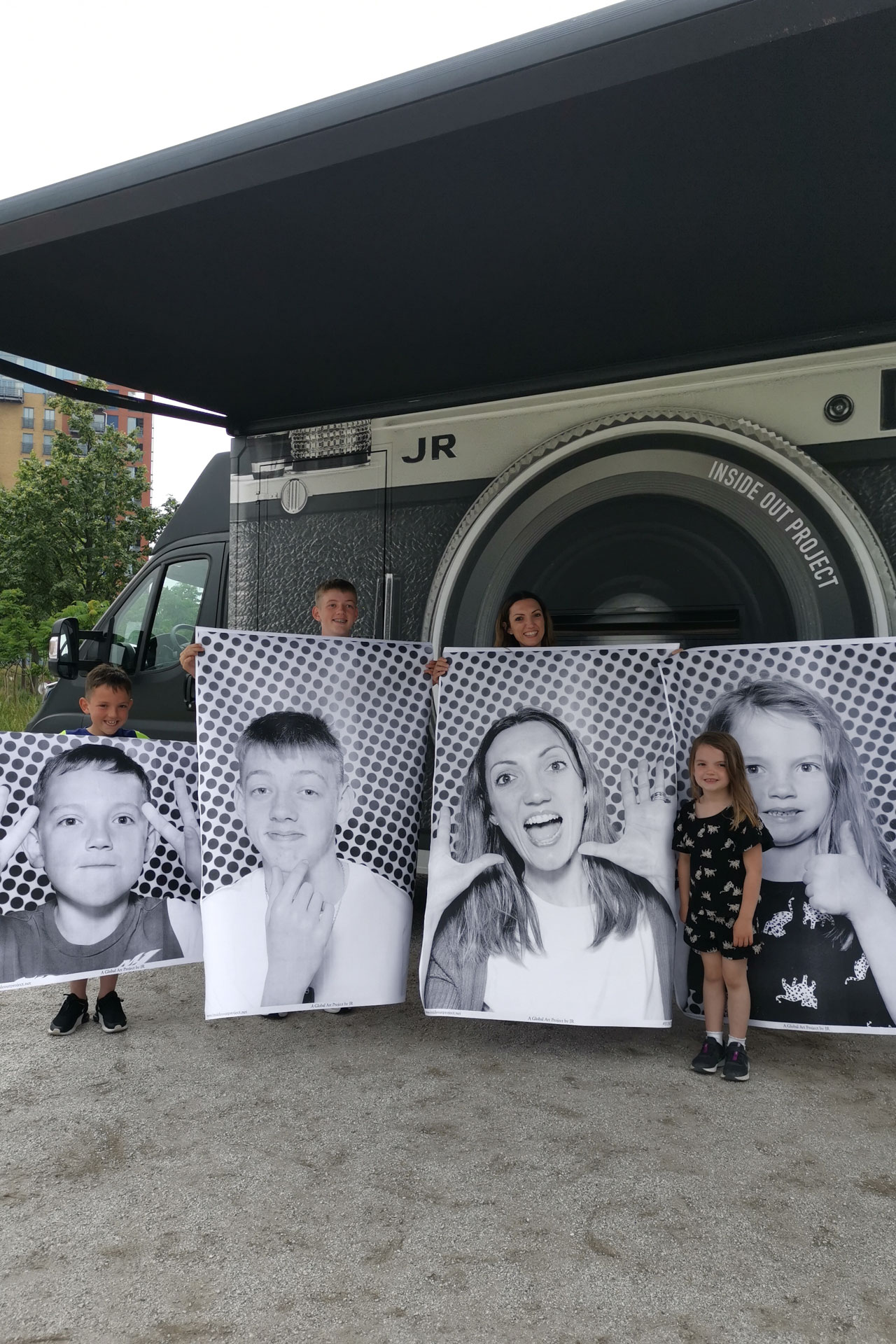